Quantum Machine Learning has the potential to revolutionize the world of AI. Here is a guide for you to get started with this practice.

Why merge these two fields?

The downside of Machine Learning is simple: training a model is expensive in terms of time and computing resources.

On the other hand, quantum computing makes it possible to perform calculations more easily and quickly than with a classical approach.

The advantage of one corrects the flaw of the other.

This is why combining quantum computing with Machine Learning has the potential to revolutionize Artificial Intelligence and Data Science industry.

In this article, I propose to explore what Quantum Machine Learning is. We’ll see the Python libraries that you can use right now to practice it. And finally, we’ll talk about the future of this rapidly growing field!

What is Quantum Machine Learning?

Quantum computers work by following the principles of quantum mechanics.

This allows them to perform calculations in parallel. Simply put, they can make multiple calculations at the same time.

Let’s talk a bit more about bits, to understand all of this.

In traditional computers, bits are the basic units of information that are used to store and process data.

This means that at any given time, a bit can only represent one of these two values.

Conversely, a quantum bit (qubit) in a quantum computer can be both a 0 and a 1 simultaneously.

This is called superposition 📚

Superposition in quantum computing means that a qubit can represent multiple values at the same time.

For example, if a qubit is in a superposition of 0 and 1, it can be considered to represent both 0 AND 1.

This allows quantum computer to perform multiple calculations at the same time.

Let’s imagine that a quantum computer has two qubits in a superposition of 0 and 1.

In this case, it can perform two different calculations at the same time using these qubits.

Indeed, each qubit can represent 0 and 1 simultaneously, so that the two qubits can represent a total of four different combinations of 0 and 1:

Each of these states can be used to represent a different computation, depending on the problem the quantum computer is trying to solve.

Similarly, if a quantum computer has three qubits in a superposition of 0 and 1, it can perform eight different calculations at the same time.

In Machine Learning, bits are used to represent the data used to train and evaluate the models.

For example, in a supervised learning task, a Machine Learning model is trained on a dataset.

The input data is represented by a series of bits. Each bit represents a feature or a specific attribute of the data.

The output data is also represented as a series of bits. Each bit representing a class or label.

During training, the Machine Learning model receives the input and output data. It uses them to learn a set of rules.

This operation also requires bits, for example, to store the intermediate results and the final result of the calculation.

Once the model trained, it is used to make predictions on new data. It makes these predictions by applying the rules it has learned.

But the emergence of quantum computers changes the game.

Their computing power, tenfold compared to traditional computers, allows them to perform several calculations at the same time.

Thanks to superposition, the ability for a qubit to be both 0 and 1, the qubit can represent multiple values at the same time.

This enables quantum computers to store more data in a smaller space than traditional computers, which can only store one value (either a 0 or a 1) in each bit.

Here is a few benefits that quantum computing can bring to Machine Learning:

Now let’s see how to do Quantum Machine Learning in Python! 🐍

Here is a list of the main Quantum Machine Learning libraries in Python:

When you use these libraries on your normal (non-quantum) computer, Python will simulate quantum.

Hence, you should keep in mind that the results of a simulation will not fully reflect the actual performance of the algorithms on a quantum computer.

So why use QML on a classical computer?

Well, with it you can easily create a prototype of a quantum algorithm, debug a program or simply get acquainted with QML!

Quantum Machine Learning has several limitations that are important to consider:

What to expect in the future

At the time I am writing these lines, Quantum Machine Learning is still a new field.

There are no practical applications of QML deployed in the real world yet.

However, a number of promising attempts and Proof-of-Concepts (PoC) have demonstrated the potential of QML.

For example, researchers have used QML algorithms to solve optimization problems that are known to be difficult, if not impossible, to solve by traditional algorithms.

In one study, an QML algorithm was able to find the global minimum of a complex cost function with over 10,000 variables.

A feat that a classical algorithm could not have done in an acceptable time.

In these studies, the quantum algorithms were able to perform the tasks faster and more accurately than the classical algorithms.

I believe that over time quantum computers will become more widely available and easier to use.

What happens next could occur as follows:

I hope you enjoyed this article!

Soon, we’ll offer you some tutorials to introduce you to QML libraries.

See you soon on Inside Machine Learning 😉 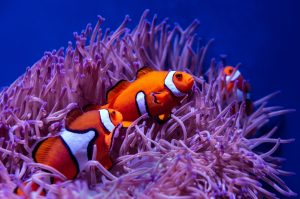 Normalize your Data – 3 Easy Ways – How to Do 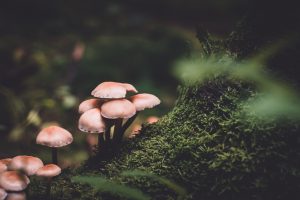 Data Augmentation – The CSV Data Simple Method that you need

What is the difference Machine Learning vs Deep Learning – Easy

You can unsubscribe in 1 click from any of my emails.