The 13 essential Python libraries to know to do Data Science, but especially the code to use them directly !

Data Science is the field that brings together manipulation, analysis and understanding of data.

Python is the most used language in this field. But what are the Data Science libraries that you should absolutely know?

That’s what we see in this article !

No need to introduce it anymore !

The Pandas library is the basis for any Data Scientist.

It allows you to easily manipulate data. To extract them from an excel, csv, txt file, and even from a web page !

But also to do operations between columns, rows and cells of a DataFrame.

It is ideal for working with any type of data: integer, float, text, date, etc.

It is easy to perform complex mathematical operations thanks to its set of functions.

In addition to that, its low computation time enables you to execute your code rapidly.

Scipy is an extension of Numpy.

It allows you to push the calculations even further, in particular to do :

Want to display graphics without the headache?

Matplotlib is the library you need !

It allows you to make simple but powerful graphics. Whether it is via Pandas DataFrame or Numpy Array.

With Matplotlib you can make :

… and many more! I let you explore the documentation to see the extent of Matplotlib.

A more pleasant use of Matlpotlib. Seaborn has pre-implemented functions allowing to draw stylized graphics in a single line of code.

And the line of code the three lines of code to reproduce the example :

Plotly is a more advanced library than matplotlib for data visualization.

The developers of the library claim to be able to make “publication-quality graphs”, i.e. professional quality graphs especially for scientific publications.

Personally, I like the fact of having interactive graphics with Plotly in which you can zoom and navigate easily. But for simple analysis graphs, you can stick with Matplotlib.

Statsmodels is a Python library for statistics, estimation and data mining.

You have at your disposal several models to better understand your data. Thus you can do linear regression, time series analysis or implement Generalized Additive Models (GAM).

Scikit-learn is THE most used library in Data Science to do Machine Learning.

It allows you to do Machine Learning in a simple way by providing you with ready-to-use algorithms !

This makes it an essential base for Data Science but also a good entry point to Machine Learning.

NLTK is the leader in natural language processing.

This library offers functions for a wide variety of operations :

The list is too long to be exhaustive but you can see our other articles in the NLP category !

Gensim is used to do a very specific NLP task : vector representation.

Indeed, with Gensim you can represent text as a vector. And it works for any kind of text, be it a scientific document, a book or a press article !

Once a text is represented as a vector, there are a lot of nice analysis to do. For example, you can calculate the similarity between two texts, even if they have no words in common :

Spacy is the last NLP library of this top.

It shares most of the features of NLTK but here the library specializes in production applications.

One will use Spacy to integrate text analysis tools in web apps rather than for pure analysis in Python.

Note that Spacy is particularly effective in understanding long and detailed text.

BeautifulSoup is a library for extracting data from HTML files.

Put simply, BeautifulSoup allows you to retrieve data from other websites. This technique is called Web Scraping.

In addition, this library offers a simple way to navigate through this HTML file. For instance to display titles, we’ll use file.title.

And for those who are less familiar with HTML, a function is proposed to convert HTML into text. Ideal if you want to use NLP !

NetworkX is a niche library. Only a part of the Data Scientists need it.

It is a library that offers a class to manipulate Graphs and all kind of functions associated to this objects.

Be careful here we are not talking about a graph but about a Graph.

This concludes our article on Data Science libraries !

If you are a beginner and you want to know more about Data and Machine Learning, it’s here 😉 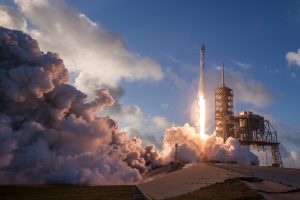 These Machine Learning Libraries save 80% of your time 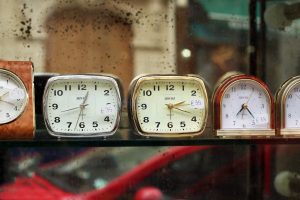 Get the execution time of your Python code easily 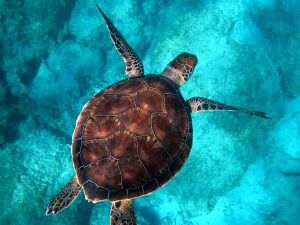