In the scientific world of Deep Learning, GAN are increasingly attracting attention. But what are they in practice ?

It is a type of Neural Network which we have not yet discussed at Inside Machine Learning and yet, it has an increasingly important place in scientific research in Artificial Intelligence.

That’s why we invite you to explore Generative Antagonistic Networks now in this post !

The structure of GANs

GAN are category of neural network based on unsupervised learning algorithms.

This means that the network trains itself without a human previously giving it a goal.

To understand how they work, let’s simply decode their names: GAN

A GAN is a Generative Antagonist Network.

The terms “network” and “generative” are quite obvious.They are Neural Networks like CNN or RNN but which are used here to generate, to create things and not only to detect. It is therefore a generative network.

But then why do we talk about an Antagonist ?

In movies, an Antagonist is the opponent of the Protagonist: the main hero. We therefore say that the two characters are antagonists, meaning that they are opposites, rivals.

In other words, a story contains two characters who each have an opposite goal : defeat the other, achieve victory.

What does this have to do with Deep Learning ? Rest assured, it is part of the explanation 😎

In fact in a GAN, like in a movie, there are Antagonists. Only here, instead of having two characters competing for victory, we have two Neural Networks competing to optimize each other !

But how do the two Antagonistic Networks of a GAN operate ?

In fact, they each have a very distinct role.

Let’s take the case of a GAN applied to images (the most frequent case).

One of the networks will train on a dataset and try to reproduce and generate images by faking the original ones.

Its antagonist, on the other hand, will analyze all the images (fake as well as real) and detect those that they consider as fake.

The more the antagonist detects fake images, the more the generative network will have to improve itself in faking images.

In fact, the goal of a GAN is to make the faker more efficient than the detector !

At the end of the training, the GAN must be able to generate images that are faithful to reality. To achieve this, it must fool the antagonist.

Here is a concrete example of a GAN result that transforms horses image into zebras:

That’s the end of this article, we hope it helped you to better understand Generative Antagonistic Networks.

We’ll see you shortly in a tutorial to discuss in detail how to code a GAN! 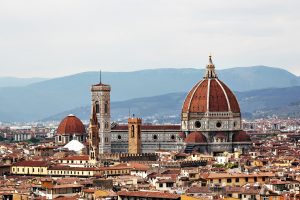 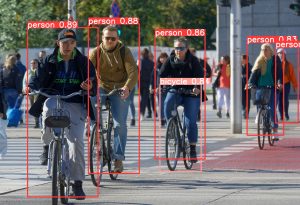 YOLOv6 How to Use ? – Best Tutorial Simple 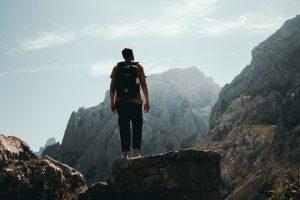 Machine Learning : Definition and how does it work ? – All you need to know 2022