Numerous technologies, announced as revolutions, have failed to sustain themselves over time… will the Knowledge Graph face the same fate ?

Today, who owns a 3D TV ? Displayed as a technological advance 10 years ago, it was quickly forgotten.

This is also the case for other technologies, so what will happen with Knowledge Graphs ?

In this series of articles we offer you a summary of Mike Tung interview, CEO of Diffbot and specialist in Knowledge Graphs.

A series of articles that we hope will be a strong basis to approach the subject of Knowledge Graphs!

A graph is a network of nodes, linked together by edges.

Graphs are useful to represent relationships between people.

It allows you to have a concrete vision of the links between people.

We may represent the relationships you have with your neighbors by graphs :

Thus graphs allow to have a clear vision of the relations between people.

We can easily imagine an organization chart of students in a school or employees in a company represented by a graph.

Let’s go a little further in the reflection.

With Knowledge Graphs, we could know the relationships that unite the people of a same town, or of a capital city.

In fact, if we have enough information, we could even establish a network between people all over the world.

You’d be surprised at the results.

There is a legend saying that each of us is 7 connections (7 edges) away from a famous person !

Think about it, how many edges are you from a celebrity ? or a Head of State ? I’m sure you’ll be amazed at the result.

You’ve probably even used them before.

Yes, you have ! It’s the little tab on the right in your Google search.

Here you can easily see the relationships that unite the personalities between them but also the associated films, books, and many others!

Having a database that lists the links between all the people on Earth.

Everyone is interconnected, that’s what gives Knowledge Graphs such a huge potential !

The question now is: how to build a global Knowledge Graph ?

Is it even possible ?

As you can imagine, if this article exists, it’s because creating a World Knowledge Graph… is possible !

This is what Mike Tung’s company does: Diffbot.

Thanks to complex code mixed with Machine Learning techniques, Diffbot’s developers are able to extract information from the Internet and are creating a World Knowledge Graph.

In fact, they are not only cataloging the relationships between people…

… they are literally cataloguing everything that is recorded on the internet: companies, products, news, websites, and more.

Apparently they even recorded a copy of the web.

Imagine the number of servers to store all this !

It already takes a lot of power just to extract this information from the internet. But on top of that, they train Machine Learning algorithms on it.

The number of epochs would make more than one GPU shudder !

Finally, what is the use of Knowledge Graphs?

Yes, because Knowledge Graphs are nice. The technology is interesting… worrying some will say. But today, how do we use it?

The answer is perhaps less interesting than the question itself.

In fact, Knowledge Graphs are used today by companies to make investments or to better understand their competitors.

These activities are quite varied but, for the moment, they are not aimed at individuals.

Indeed, Knowledge Graphs are used as a competitive tool for the moment.

We can imagine a furniture company that would use Knowledge Graphs to easily know the price of all its competitors around the world.

Indeed, all the products on the internet are recorded in Knowledge Graphs and with Machine Learning, we can analyze their similarity.

A product costs 50$ in the American supermarket but only 40$ on this Japanese website visited by 500 people ? With Knowledge Graphs, find out instantly !

Thus, Knowledge Graphs are new technology still little known by Data Scientists. At Inside Machine Learning, we think that they open a new era of AI and of the Internet in general.

However, this technology comes not without difficulties and many challenges still need to be overcome… more information in the second part of this article ! 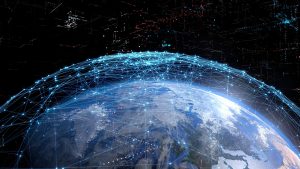 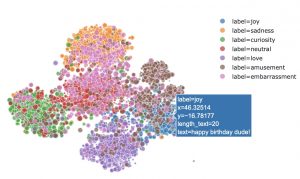