Those 3 companies’ innovations have brought them to the rank of AI pioneers. What makes these algorithms such a success?

The field of Artificial Intelligence has been booming in recent years.

Between university research and innovative start-ups, new breakthroughs are seen every week !

In this article, I invite you to discover 3 AI pioneer companies and their leading innovations.

The first company made itself known by making the news for several days few years ago.

This company is DeepMind, today owned by Google.

Its achievements are mainly in the field of Reinforcement Learning.

In a nutshell,, the idea is to create an AI capable of playing a game, understanding its rules and becoming the best. Easy, right ?

On May 27, 2017, DeepMind’s algorithm made headlines by beating the world champion Go player, Ke Jie.

This day sounds a major breakthrough in the world of AI, the rules of the game of Go being known as highly complex.

We advise you to watch this movie about the victory of DeepMind’s algorithm, AlphaGo :

Another company you’ve probably heard of is OpenAI, chaired in part by Elon Musk.

The company has made colossal breakthroughs, especially in the field of NLP, text analysis and generation.

Its best-known innovation is GPT-3, an Artificial Intelligence capable of solving many tasks: summarizing a book, answering questions on most subjects and even starting a discussion with you.

This algorithm is trained on the entire Wikipedia, millions of pages!

You can request access to the GPT-3 free beta. You’ll find it here.

Last company that we wanted to introduce to you in this article is F.A.I.R, Facebook Artificial intelligence Research.

This research center is less covered by the media. Yet it is at the heart of innovation.

Among the researchers of this team is Yann LeCun, the inventor of Deep Learning. Nothing less than that!

Recently, F.A.I.R. published a research paper on its DINO algorithm, capable of extracting characters from the background of a video. And this, by letting the AI learn by itself.

Here it is in action:

That’s it for this article, we hope you enjoyed it 😉

Many other companies are innovating in this vast field that is Artificial Intelligence. We have introduced you here the main ones in our eyes. Feel free to share with us the ones that inspire you the most !

For the curious, we discuss the mechanism behind the AI algorithm of F.A.I.R in this article. 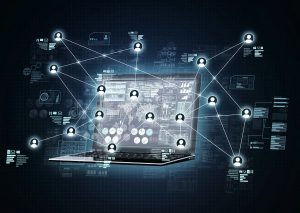 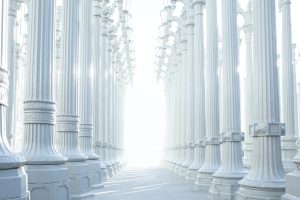 Top AI Companies and their Machine Learning – Everything to know now 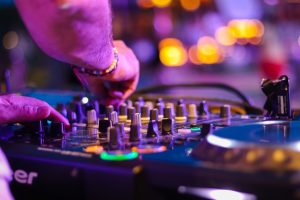