How does an Encoder Decoder work and why use it in Machine Learning ?

The Encoder-Decoder is a neural network discovered in 2014 and used in many projects. It is a fundamental cornerstone in translation software.

It can be found in the neural network behind Google Translation.

Therefore it is used for NLP tasks, word processing, but also for Computer Vision ! This is why it is an essential type of neural network to understand.

What is an Encoder-Decoder ?

An Encoder-Decoder is a neural network.

Rather, it is a Machine Learning model composed of two neural networks.

These two neural networks usually have the same structure. The first one will be used normally but the second one will work in reverse.

A first neural network will take a sentence as input and output a sequence of numbers.

The second network will take this sequence of numbers as input and this time will output a sentence !

In fact these two networks do the same thing, simply one is taken in the normal direction and the other in the opposite direction.

But why is the Encoder-Decoder effective for translation ?

In fact, when we use an encoder, the meaning of the sentence will be stored and represented by a vector.

We can’t directly convert a sentence in French to its English translation because we would lose the context.

Indeed, if we translate directly, we would in fact translate word by word. Without caring about the global meaning of the sentence.

On the other hand, with an Encoder-Decoder, we would get closer to the translation: “take an expression literally”.

This last result seems to be very close to what we wish to obtain !

In fact, it is thanks to this vector obtained with the Encoder that we can keep the meaning of the sentence.

Encoder-Decoders are widely used in the academic world, but they have a flaw.

The vector that the Encoder produces is fixed. It will be efficient for tasks where the sentence is as small as it is but… as soon as the sentence is too big, the vector will not be able to store all the necessary information.

The final translation of this large sentence will therefore not be as relevant.

Fortunately for us, Encoder-Decoders are now coupled with mechanisms that allow them to adapt to any sentence length.

This is the subject of our next article on attention mechanisms ! 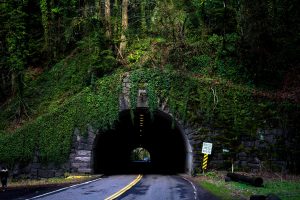 True Positives, False Negatives, THE simple method to not confuse them ! 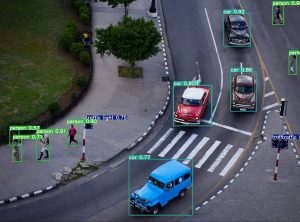 YOLOv7 How to Use ? – Best Tutorial simple

What is the difference Machine Learning vs Deep Learning – Easy